Cherries
Commercial cherry cultivation has changed dramatically since the 1970s, as it has for most fruit trees. In contrast to the large-canopy, high-stemmed labour intensive trees that were dominant until then, commercial cultivation today uses only the low-stemmed form. Thus,10 to 20 times more trees can be grown in the same area. Their height is limited so that all work can be done by hand without a ladder. Cherries for the processing industry are often harvested mechanically.
Key facts
General Information
General Information
Nutrient demand
Nutrient demand
Fertilization
Fertilization
CHERRIES - SWEET OR SOUR
Sweet cherries have similar location requirements to apple trees. They grow well on nutrient-rich, well drained, and moist (but not waterlogged) soils. Areas with late frosts must be avoided because of the risks associated with early flowering. In areas with high precipitation, a polythene cover is recommended due to the high risk of fruit bursting. Most varieties are self-infertile and need pollinators. They are usually harvested mechanically. Sour cherries have less stringent location requirements compared to sweet cherries. However, cold and impermeable soil can cause premature fruit fall. The risk of bursting is reduced, making them also suitable for areas with plenty of summer precipitation. Sour cherries are usually self-pollinating. Since sour cherry trees are mainly grown for processing, they are usually harvested mechanically. 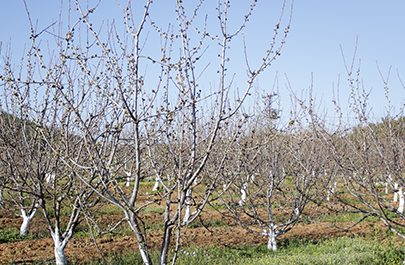 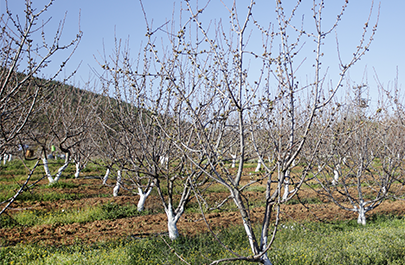